The Cranbrook Public Library reaches out to support the needs and aspirations of everyone in our community by promoting literacy and providing access to the world’s information, ideas and culture through a diverse range of services in a welcoming, respectful environment.

The Long History of the Cranbrook Public Library

A Brief History by Decade

The Cranbrook Public Library opened its doors to the public on July 4, 1925. The small collection of donated books was housed in a room over the Post Office. Although open only 9 hours a week, the library boasted a membership of 95 persons. Mrs. A.S. Rumsey was the first librarian hired.

The first request to City Council for funds netted $300 for the Library’s operations in 1936. Controversy struck the Library when in 1939, an incensed patron destroyed the novel, Of Mice and Men, because he did not feel it was a decent book! The patron was thoroughly admonished by the Library Board and told that members were not to act as censors. 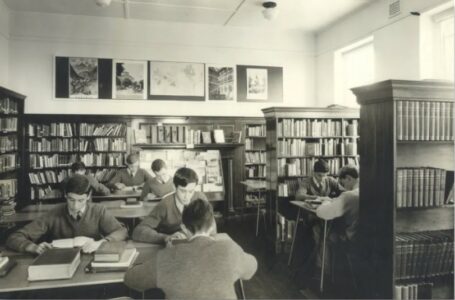 Magazine subscriptions were first added to the library stock in 1940, much to the pleasure of its members. A new librarian, Mrs. Ralston, was hired in 1948.

By May 1952 circulation had risen to 1,526 items lent per month. Library hours increased in 1957 to five afternoons and four evenings a week, and by this time the collection had outgrown the ‘Post Office’ room and new quarters were found in the Provincial Government Building. The new surroundings increased circulation to 2,385 in June 1958.

The 1960s brought vast improvements to the library and it was reflected in the number of items borrowed, it increased to 3,639 in October 1961. Jessie Slye became the chief librarian in 1968, and then things really started to happen. The Government indicated it needed the existing library facility, and plans got underway for a new library building. The City offered to match dollar for dollar any money raised toward the cost of a new library building.

Mayor Klinkhammer officiated at the sod-turning ceremony on August 24, 1970  and construction began on the new library building. Much hard work and many months later, Cranbrook had a new library officially opened in Balment Park on June 19, 1971. The City erected a totem pole carved by Mrs. Ruth Ingles at the north entrance in October 1972 to acknowledge that this area was originally a meeting place for the Ktunaxa Nation.

Tragedy befell the library when Jessie Slye died in a car accident on August 8, 1976. Paul Sheppard was hired in October of that year and stayed until June 1977, with Stan Smith hired in September. In September 1978, Stan Smith resigned and Pat Armstrong was hired to replace him as Chief Librarian.

In the mid-1980s, the Library, with help from the City, developed its own computer-based circulation system and catalogue, moving away from cards and due date stamps forever. This put it at the forefront of technological innovation amongst BC public libraries at the time. 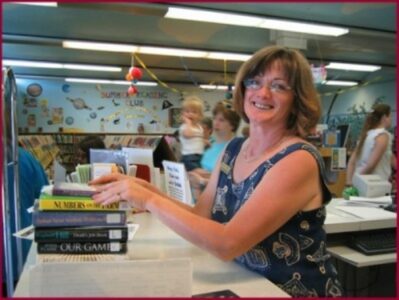 Long range planning cycles during the 1990s identified that additional space for library service was needed and much effort went into a renovation in 1995 to use existing space better and to spruce up the interior of the Library.

The mid-1990s saw major technological changes that marked the beginning of a whole new role for public libraries. For the first time, people could use public computers to get on the internet and use office productivity software.  The Library’s website launched, including the ability to search the catalogue and place requests for items years before online ordering became commonplace.

In 1998, a dedicated group of individuals formed the Friends of the Cranbrook Public Library to assist and support the Library services and programs.

After years of financial difficulties that resulted in fewer and fewer books getting added to the collections, and the Library closing Sundays in 2001, the Library Board and City Council came to an agreement that the Cranbrook Public Library would become a municipal library in January 2002. As part of the change, Sunday openings got restored.

A half-time Children’s Librarian was hired in September 2000. This had been a goal since the mid-1980s and resulted in an increased focus on programming. Pat Adams, Chief Librarian since 1978, retired at the end of June 2003. Ursula Brigl was appointed to the role in January 2004. Recognizing that by working together Kootenay libraries could offer more services to residents of our region, the Library was instrumental in the creation of the Kootenay Library Federation in 2006.

In the last year at its old location by Balment Park, 2005, the over 224,000 items borrowed by an active membership of almost 11,000 people attested to the continued popularity of the Library. In December 2006, the Cranbrook Public Library moved to its current location, significantly increasing the amount of space available for people to read, work, study and relax, fulfilling residents’ vision of the Library as the community’s living room. 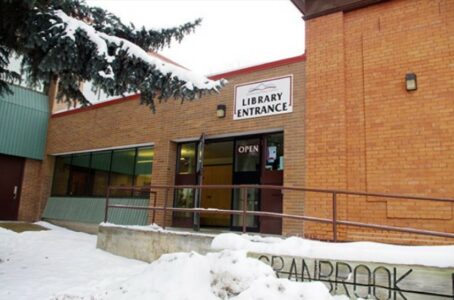 Ebooks exploded in popularity midway through 2009, and by participating in the provincial Library2Go digital collection, the Cranbrook Public Library was able to offer ebooks for people to borrow right from the beginning.  Additional formats – digital audiobooks and e-magazines – have been added since then to keep up with the increased and changing demand for digital material.

Even as the Library offered more services online, people still wanted more access to the physical space because the Library serves as the key third place, other than home and work, in the community. City Council and the RDEK recognized this value and in September 2012, the Library was finally able to open its doors 7 days a week year-round, making the Cranbrook Public Library one of the most open public libraries in BC.

Two years later, the City completed the renovation of the public washrooms in 2014, completing the modernization of the Library’s interior.

The Library’s 90th anniversary in 2015 was marked with the establishment of designated Cranbrook Public Library Endowment Fund that will, in time, give the Library another way to fund new initiatives a within the decade.

The pandemic caused the Library to radically rethink how to deliver services. Yet even as it caused major disruptions, the pandemic also created opportunities for innovation – Library Takeout, self-checkout kiosks, and virtual programs with guests from around the world, to name just a few. The Library boosted wi-fi so people can access it from the parking lot and street-side parking.

There were changes inside as well. The Elaine Karras Reading Room opened its doors in May 2022, providing a quiet space for people to read and work. The Idea Lab, a public maker space featuring a 3D printer, sound recording booth, digitization equipment and digital illustration tools, launched in October 2022.

Work is currently underway to revitalize the exterior entrance to make it safer, more accessible and welcoming. The plan is to have it built in time for the Library’s 100th anniversary in 2025. 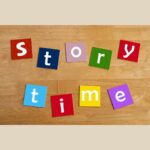