It was called the ‘negative pickup,’ and way back in 1980, it was about to change everything.

This change really starts with Sean Cunningham, a budding film director who wanted nothing more than to make a series of successful family films, starting with an adaptation of ‘Hansel & Gretel.’ He first needed to make a name for himself, and the only thing he had on his resume was a handful of awful sex-education films.

This changed in 1976, after he noticed the immense success of the misfit teen comedy ‘The Bad News Bears.’ He convinced a studio to let him make not one but two knock-off films, both in 1978 (‘Manny’s Orphans’ and ‘Here Comes the Tigers’). Unfortunately, both fizzled at the box office, and Cunningham was no closer to making the films he had hoped for.

Cunningham saw another film that year—’Halloween’—and the immense amount of money it was bringing in. He sat down with his writing partner, Victor Miller, and they tried to see if they could possibly create another knock-off that would make all kinds of money. After coming up with dozens of horror-type scenarios, Miller came up with the one thing that terrified the both of them: summer camp (both men had refused to attend as kids after hearing horrifying tales of what camp was like from their older siblings). In less than a week Miller had typed up a script about a group of teenagers working at a summer camp right before it opens. He titled his script ‘Long Night at Camp Blood.’ Cunningham had a better idea for title: ‘Friday the 13th.’

Miller frowned, suggesting there was no way that title wasn’t already copyrighted by someone. Cunningham said there was only one way to find out. He took a full page ad out in ‘Variety’ that read ‘Friday the 13th … the most terrifying film ever made! Available December 1979.’ This was the cheapest way he knew to see if someone else owned the title. Almost immediately his phone was ringing off the hook. Yet instead of copyright lawsuits, all the calls were companies wishing to purchase the distribution rights. One caller was about to purchase a shopping mall for $500,000, but offered it to Cunningham instead.

‘Friday the 13th’ went into production in the fall of 1979, a film being made and financed outside of the usual major studio channels. None of it was complicated — a scary yet fun film where each camp counsellor is killed off one by one in the tradition of Agatha Christie’s ‘Ten Little Indians.’ It had very little gore and only implied sex, but had one unexpected shocker at the end.
One person who had been interested in seeing the finished product was the vice president of Paramount Studios. After watching a screening, and seeing the audience jump out of their seats screaming, he knew exactly what was about to happen with this film. So he did something know one had ever done before: the negative pickup.

Which works this way. Paramount Studios did not make this film, or finance it in anyway. They also would never attach their name to it. But they would acquire it and distribute it as if they had. With so little invested, any profits would help to augment their own studio-made films.

So on May 9th, 1980, ‘Friday the 13th’ opened in 1,127 screens across North America, bringing in just over $40 million. It was the second highest grossing film of the season, only being beat by ‘The Empire Strikes Back.’ It was the first time a truly independent film had made any kind of money, and Paramount’s back-ended negative pickup of the film made so much profit it simply baffled the rest of industry.

It also introduced the character of Jason Voorhees, who — with or without his trademark hockey mask — has become one of the most recognizable and enduring villains in motion picture history.
The film also made one film critic go off the rails.

Roger Ebert’s partner Gene Siskel published a review in the Chicago Tribune like no other. Not only does he purposely give the film’s ending away, but he also publishes the director’s, the distributor’s, and the main actress’ home addresses, urging his readers to write letters of complaint. How the Tribune let him get away with it remains anyone’s guess. His disdain of the film spilled over onto his television show with Roger Ebert, where they both spent 24 minutes of their 30 minute program comparing the film to bullfights, and (unbelievably) calling for government censorship.

Although Siskel had called him “one of the most despicable creatures ever to infest the movie business,” Sean Cunningham had finally accomplished what he had set out to do. He had made a low-budget film which would earn him all kinds of money and clout so he could he make the big-budget family studio films he had always dreamed of making.
Paramount executives were extremely happy with Cunningham, and promised to give him whatever he wanted to make more films.

As long as he continued to make ‘Friday the 13th’ films.

Cunningham refused, and watched what was supposed to be a profitable knock-off grow into a dozens sequels. His name was forever attached to the franchise, and he never did get to make his family films (one hopes the tens of millions he made helped ease his pain over it).

Anyway, this brief tour of one of the first and certainly the most successful independent film is to introduce a new service at the Library: IndieFlix.

Based out of Seattle, IndieFlix is an online streaming service for thousands of independently made films from over 50 countries. Another major shift in film distribution, the films can be watched on any computer, tablet, smart phone, smart TV, Roku, and even on Xbox. All one needs to watch is an internet connection; and of course your library card. 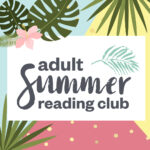 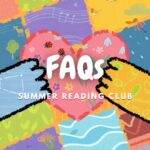